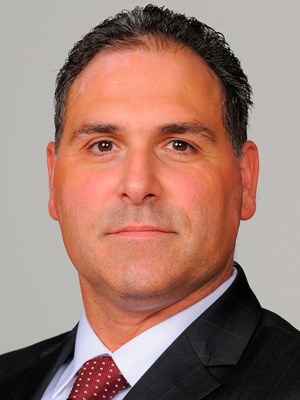 With a wealth of experience at both the collegiate and professional levels, Verdi-coached teams have advanced to postseason play 16 of the last 21 seasons since 2001-02. Over his six years in Amherst, Verdi has turned Massachusetts women’s basketball into a relevant contender in the Atlantic 10 and beyond, returning the program to heights not seen since the 1990s.

The 2021-22 season shattered glass ceilings and broke records, as the program garnered its first Atlantic 10 Championship Title to earn an automatic bid into the NCAA Tournament for the first appearance since 1998. On March 5, 2022, UMass topped Saint Joseph’s for Verdi’s 100th win at the helm of Massachusetts to advance to the A-10 Finals. The No. 3-seeded Minutewomen defeated No. 1 seed Dayton in the Title Game to hoist the A-10 trophy. On March 19, 2022, the team made its appearance in the First Round of the NCAA Tournament. In addition to a successful postseason, UMass tallied the most wins in program history after finishing 26-7 overall on the year.

Throughout the season, UMass made history, receiving votes in a national poll for the first time since the 1994-95 season, tabbing a vote five times during the year. Individually, Massachusetts saw Sam Breen and Destiney Philoxy become the 21st and 22nd Minutewomen to eclipse their 1,000th career point each on December 8, 2021. Both Philoxy and Breen played in their 100th career games on the year, as well.

Breen continued to be one of the most decorated athletes in the season, earning the program’s first A-10 Player of the Year honor, plus the league’s All-Conference First Team and All-Academic Team. She also was named the A-10 Tournament’s Most Outstanding Player and tabbed a spot on the All-Championship Team. Breen collected CoSIDA Academic All-America honors, while being announced a 2022 Becky Hammon Mid-Major Player of the Year Semifinalist. Sydney Taylor joined Breen on the All-Championship Team, while Taylor and Philoxy were also named to the A-10 All-Conference Second Team.

Massachusetts finished the year atop the leaderboard in the A-10 scoring offense (71.7 ppg) for the second consecutive season and was also second in the league in rebounding (40.0 rpg) and in assists with a 14.58 average. Breen’s 10.1 rebounds per game placed her second in the conference, as her 17 double-doubles were the most in the league and tied her for 17th in the nation. Philoxy had the most dimes in the A-10 with 187, averaging 5.7 per game. Her total assists allowed her to tie for ninth in the NCAA, while her average place her 17th nationally.

Capped by a berth in the WNIT, the 2020-21 season was one to remember with the program’s first national postseason appearance since 1998, in addition to the first trip to the Atlantic 10 Championship Game since ‘98. On March 22, 2021, UMass defeated Ohio in the WNIT Consolation Final, securing Verdi’s 150th career victory as a collegiate head coach. On that special day, UMass also made history garnering multiple postseason wins for the first time.

Sam Breen had one of the most decorated seasons in program history, earning 2021 WNIT All-Region honors, plus Atlantic 10 All-Conference First Team, All-Championship and All-Academic Team laurels. Following the season, Breen was tabbed CoSIDA Academic All-District First Team. Destiney Philoxy and Sydney Taylor joined Breen on the A-10 All-Championship Team, and Philoxy also was placed on the All-Conference Second Team.

Massachusetts finished the year with the A-10’s top scoring offense (71.7 ppg) and also was the league’s top ball distributing team with a 15.2 assists average. Breen’s 18 points per game ranked second in the league and Philoxy was tied for fifth nationally with 6.5 assists a night.

The 2019-20 season featured a slew of team and individual superlatives. UMass tied a program record with 20 wins, set a new top mark with an 11-game winning streak and finished tied for fourth place in the A-10, the highest under the league’s current format. Massachusetts hosted, and won, an A-10 Tournament game at the Mullins Center for the first time since 1998, en route to the league Quarterfinals.

Hailey Leidel became the first Minutewoman to accumulate 1,800 points, 600 rebounds and 200 assists and finished just 18 points from surpassing the career scoring record. Leidel helped amass the most wins in a four-year stretch since 2001 and, along with Breen, was named to the Atlantic 10 All-Conference Second Team. Leidel also received an All-Academic Team nod.

The 2018-19 team had more victories than any UMass group since 2006-07, while reaching the Atlantic 10 Quarterfinals for the first time since 2005. Leidel continued her ascent up the record book and took sole possession of the program record for three-pointers made (226). Philoxy earned a spot on the A-10 All-Rookie Team providing 10.8 points per game to go with an even three assists.

Since Verdi’s arrival in Amherst in 2016, he has positioned UMass to compete for A-10 championships in five short years. Many have witnessed the positive trajectory of the program, and the bigger and bolder expectations with each passing year. Verdi has alumni and fans excited about the future of this Minutewomen basketball program.

Verdi’s Minutewomen made tremendous strides during his first two seasons, garnering a pair of A-10 All Rookie selections and Leidel’s Rookie of the Year nod in 2017. Maggie Mulligan was one of the league’s most improved players during that time with 33 double-doubles.

Verdi arrived in Amherst with a head coaching record of 72-61 after spending four seasons at Eastern Michigan University. His teams advanced to the 2015 and 2016 WNIT, including a Sweet Sixteen appearance, and the Mid-American Conference Championship Game in 2015.

Under Verdi, the 2015-16 MAC West Division preseason favorite Eagles made their mark in the EMU record books. Defensively, the team totaled the fourth-most rebounds in a single season (1,364), along with seventh all-time in blocks (92) and third in steals (386).

EMU's high-tempo offense poured in 2,445 points, the third-most in a single season in school history, along with dishing out 435 assists, good for seventh-most. Additionally, the Eagles converted 218 three-pointers, ranking fourth all-time and marking the third consecutive season in which EMU has made 200 or more triples.

A large part Verdi’s 2014-15 record-setting performance came from the Eagles late run during the regular season and into postseason play. EMU finished the regular season with wins in its final four games, while also winning seven of its last eight. The Eagles appeared in eight postseason games, winning six of them. The Eagles advanced to the Mid-American Conference Tournament Championship, winning four-of-five MAC Tournament games, before advancing to the Sweet 16 of the 2015 WNIT. The Eagles rewrote the EMU record book with 124 different all-time top performances, including the most points in a season (2,549), field goals made (936), rebounds (1,539) and three-pointers made (223).

Verdi spent the 2010-11 and 2011-12 seasons as the top assistant and recruiting coordinator at the University of Kansas. The Jayhawks advanced to the 2012 NCAA Sweet Sixteen and the 2011 WNIT Second Round.

Prior to his arrival in Lawrence, Verdi was an assistant coach at the University of Nebraska for five seasons (2005-10). The Huskers advanced to the postseason every year Verdi served on staff in Lincoln and collected the Big 12 Regular-Season Championship in 2009-10 with a 16-0 conference record. History was made that season as the Huskers obtained a No. 1 seed in the NCAA tournament and reached the Sweet Sixteen.

Verdi spent the 2003, 2004 and 2005 seasons on staff with the WNBA's Connecticut Sun, reaching the postseason during each year and winning the Eastern Conference in ‘05.

Verdi was inducted into the New Britain Sports Hall of Fame on April 24, 2016.