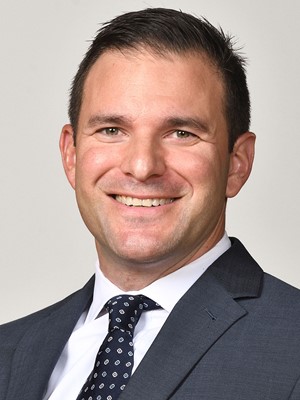 Mike Leflar was named assistant women's basketball coach at the University of Massachusetts on May 30, 2018, before being promoted to associate head coach on December 30, 2021. Leflar works primarily with the Minutewomen post players and has contributed to a theme of rapid upward momentum within the program.

In addition to his on-court basketball duties, Leflar is a member of the Athletic Department's Diversity & Inclusion Committee. In Summer 2020, Leflar joined Coaches 4 Change (C4C), an organization founded by college basketball coaches who are dedicated to helping their student-athletes, campuses and communities.

“I’m very excited to have the opportunity to welcome Mike to the University of Massachusetts,” said head coach Tory Verdi upon hiring Leflar. “I feel that his level of experience and knowledge of the game will greatly improve our program. His resume speaks volumes. He has impacted every single program that he has been a part of and we expect him to do the same here.”

The 2021-22 season shattered glass ceilings and broke records, as the program garnered its first Atlantic 10 Championship Title to earn an automatic bid into the NCAA Tournament for the first appearance since 1998. On March 5, 2022, UMass topped Saint Joseph’s for Verdi’s 100th win at the helm of Massachusetts to advance to the A-10 Finals. The No. 3-seeded Minutewomen defeated No. 1 seed Dayton in the Title Game to hoist the A-10 trophy. On March 19, 2022, the team made its appearance in the First Round of the NCAA Tournament. In addition to a successful postseason, UMass tallied the most wins in program history after finishing 26-7 overall on the year.

Capped by a historic postseason run, the 2020-21 season was one to remember, the first in program history with multiple postseason wins. UMass reached heights not seen since the 1990s, playing in the Atlantic 10 Championship Game for the first time since 1998 and later earning an at-large bid to the WNIT, also the first postseason appearance since ’98.

With the advisement of Leflar, Sam Breen continued to be one of the most decorated athletes in the season, earning the program’s first A-10 Player of the Year honor, plus the league’s All-Conference First Team and All-Academic Team. She also was named the A-10 Tournament’s Most Outstanding Player and tabbed a spot on the All-Championship Team. Breen collected CoSIDA Academic All-America honors, while being announced a 2022 Becky Hammon Mid-Major Player of the Year Semifinalist.

Under Leflar’s tutelage, Breen was named to the A-10 All-Conference First Team and All-Championship Team, before earning WNIT All-Region accolades. Breen finished with 15 double-doubles, a feat tied for 11th in the country, and averaged 18 points per game to sit second in the A-10. She also pulled down 10 rebounds per night, fourth in the league.

It was a record campaign for the Maroon and White in 2019-20, a year to be remembered for a slew of team and individual performances. The squad tied a program record with 20 wins, set a new top mark with an 11-game winning streak and finished tied for fourth place in the Atlantic 10 Conference, the highest under the league’s current alignment. Massachusetts hosted, and won, an A-10 Tournament game at the Mullins Center for the first time since 1998, en route to the league Quarterfinals.

In his first season in Amherst, UMass won more games (16) than any other season since 2006-07, won an Atlantic 10 Tournament game for the first time in three years and reached the quarterfinal round of the league championship for the first time since 2005.

Prior to UMass, Leflar spent 2015-18 at Northeastern, including his final year as associate head coach. The Huskies won 16 games in 2017-18 including a program-record 11 victories in the CAA, capping the season with a trip to the WBI Tournament. That marked the program’s first postseason appearance since 1999.

Leflar came to Northeastern following a stint as Binghamton’s associate head coach in 2014-15. In his one season in New York, he spearheaded recruiting initiatives and was instrumental in beginning the rebuilding process for the Bearcats.

He spent a total of 10 seasons at Boston University both as an assistant coach (2004-12) and associate head coach (2012-14). Under Leflar’s tutelage, the Terriers were crowned America East regular season champions in 2009 and 2012 and reached the WNIT on four occasions (2009, 2010, 2012, 2013). Along with his role in developing offensive and defensive schemes, he led instruction for the team’s guards and post players.

Before his first coaching stop in Boston, he served in an assistant capacity at the University of Pennsylvania, where he worked with post players and helped the Quakers bring home the 2004 Ivy League title.

A native of Horsham, Pennsylvania, Leflar graduated from Boston College in 2002 with a bachelor’s degree in communications, while also completing minors in American studies and black studies. He has previously been invited to participate in Nike’s Villa 7 and has presented at the WBCA Assistant Coaches Roundtable.

He and his wife, Kate, have two sons, Graham and Jackson. 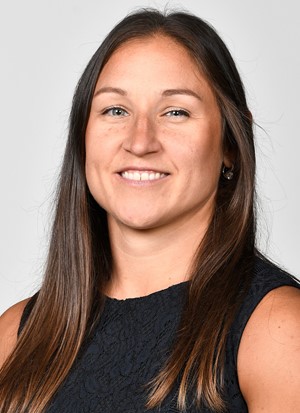 University of Massachusetts head women's basketball coach Tory Verdi announced on May 22, 2019 that Lynne-Ann Kokoski has joined the Minutewomen as assistant coach. A native of nearby Hatfield, Massachusetts, Kokoski arrived in Amherst following three seasons at William & Mary.

"A sincere thanks to Coach Verdi and our administration for this tremendous opportunity to return to my home state of Massachusetts," Kokoski said. "I grew up watching UMass men's and women's basketball and when I learned of the chance to return home and coach high-level basketball in my back yard, I was extremely excited. I look forward to continuing the forward momentum that our program has built over the past three years."

Kokoski's first year back at home was a record campaign, one to be remembered for a slew of team and individual performances. The Minutewomen tied a program record with 20 wins, set a new top mark with an 11-game winning streak and finished tied for fourth place in the Atlantic 10 Conference, the highest under the league’s current alignment. Massachusetts hosted, and won, an A-10 Tournament game at the Mullins Center for the first time since 1998, en route to the league Quarterfinals.

At William & Mary, Kokoski worked with the guards and helped orchestrate two of the most successful seasons in program history. Most recently in 2018-19, the Tribe reached the CAA Quarterfinals and graduated a senior class that tied for the most wins (66) in program history. Kokoski was also instrumental in recruiting standout point guard Eva Hodgson, who was named 2019 CAA Rookie of the Year.

W&M posted its second consecutive winning season in 2017-18, during which Kokoski tutored guards Bianca Boggs and Jenna Green toward breakout seasons. Boggs led the CAA in scoring at 15.2 points per game and became the first Tribe player in a decade to earn All-CAA First Team recognition. Green had a career year, setting individual single-season bests in points, rebounds and assists in addition to top program marks in both single-season and career assists.

In her inaugural campaign in 2016-17, the Tribe tied a school record with 20 wins and won a CAA Tournament game for the first time in eight years. Green, who dished out 136 assists and 4.4 dimes per game, picked up CAA All-Academic laurels and senior Marlena Tremba was named All-CAA Second Team, CAA All-Academic and VaSID All-State Second Team. W&M also had the longest winning streak in program history, picking up 11 straight victories from Nov. 18, 2016-Jan. 2, 2017.

Prior to joining the Tribe, Kokoski was director of operations at Providence for four seasons (2012-16). Her daily responsibilities included travel planning, video breakdown, academic oversight and community outreach. She was honored in 2015 as recipient of Providence Athletics' "Gung Ho Award" for her passion and service to the department.

Kokoski remained in Rhode Island after three years (2009-12) in an assistant coach capacity at her alma mater, Bryant University. Bryant collected 37 wins with Kokoski on staff and made the transition up to NCAA Division I competition. Two Bulldogs earned All-Northeast Conference recognition during her time in Smithfield.

A four-year letter winner at Bryant, Kokoski was a captain during her senior season, in which the squad won 20 games plus the Northeast 10 Championship and reached the NCAA Tournament. In 2008, Kokoski graduated with a degree in marketing, minoring in sociology. She added a master's in business administration from Bryant in 2010. 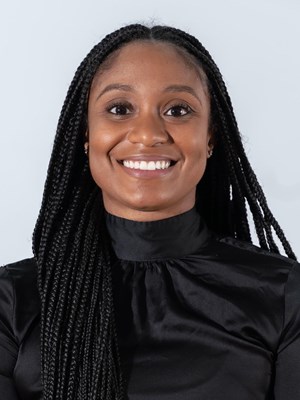 "We are very excited to welcome Cassandra to the UMass women's basketball family," Verdi said. "Cassandra is one of the top young coaches in our game and helped elevate Eastern Michigan's recruiting during her time there. We are confident that she will bring energy and passion to our program, and we are looking forward to having her join the staff."

"It is a blessing and an honor to join the UMass family," Callaway said. "I am grateful for the opportunity Coach Verdi has provided me to help advance the Minutewomen, and I cannot wait to build onto this great program!"

In 2019-20, Callaway helped lead the Eagles to their most wins under current head coach Fred Castro with a 16-15 record and first winning season since arriving at Eastern Michigan. Season highlights included a five-game win streak, spanning from Dec. 10 through Jan. 8, a road win over MAC West and in-state rival Western Michigan, and a pair of victories over MAC powerhouse, Ball State.

In 2018-19, Callaway was crucial in the improvement of Corrione Cardwell. In her redshirt sophomore season, Cardwell proved to be Eastern's most consistent player as the only Eagle to start all 31 games. With the guidance of Callaway, Cardwell improved her scoring average by nearly 10 points, 3.7 to 13.0, and more than doubled her rebounding average (1.7 to 4.2).

Callaway helped in the development of EMU's guards during the 2017-18 campaign, most notably coaching Danielle Minott and Courtnie Lewis to All-MAC honors. Minott, after rewriting the single-game record book, landed on the All-MAC Third Team, while Lewis put together one of the greatest freshman campaigns in program history. Lewis scored the second-most points by a freshman Eagle en route to All-MAC Honorable Mention and MAC All-Freshmen honors, while also finishing top-10 nationally in scoring among freshmen.

Prior to joining Eastern Michigan's staff, Callaway served as an assistant coach at Saint Anthony's High School in Jersey City, N.J. There, she worked primarily with the guards, while also assisting with practice plans and various other responsibilities. Prior to her stint at Saint Anthony's, Callaway spent a season as a volunteer coach at Malcolm X Shabazz High School in Newark, N.J. In her lone season at Malcolm X Shabazz, Callaway created, developed, and implemented player workouts, oversaw game statistics, and assisted with practice plans.

A solid player at the University of Albany, she helped the Great Danes improve in every season culminating with the program's first NCAA Tournament berth in 2011-12. Overall, UA doubled its win total from her sophomore to senior seasons to finish with 50 victories in the three-year span. She finished her Albany career with 625 points, 116 assists, 81 steals and 44 starts.

During her senior season, Callaway averaged 10.8 points per game and shot a team-best 80.3 percent from the free throw line. The team went undefeated on the road during the America East Conference slate to post a 14-2 conference record. In the AE Tournament, Callaway collected all-tournament team accolades, after netting 23 points in the title game, while also handing out six assists.

In 2010-11, Callaway helped the Great Danes posted their first winning season since becoming a Division I program in 1999. She averaged 10.0 points per game while adding 42 steals and 39 assists.

Callaway began her collegiate career in 2008-09 at Daytona State College where she led the squad to a 20-9 record. An All-Mid-Florida Conference first-team selection after netting 12.2 points per game, her team was ranked in the top-10 of the Florida Community College Activities Association women's basketball coaches' poll.

Callaway graduated with a bachelor's degree in the arts and sciences, communication and rhetoric, and a minor in business administration.